The Iron and Steel industry is one of the largest industries in India and has a significant impact on the Indian economy. India was the 3rd largest producer of raw steel for three consecutive years, from 2014 to 2016. Iron and steel industry is at the core of globalization and is one of those industries which have direct or indirect ties with every other industry. These metals are used in construction, to build transport and even gadgets and robots. This makes the steel industry a very important and prominent one.

According to historians and archaeologists, India was the first country to practice manufacturing metals, as early as 1600 BCE. However, the Iron and Steel industry did not establish its foundation in India until the year 1907. 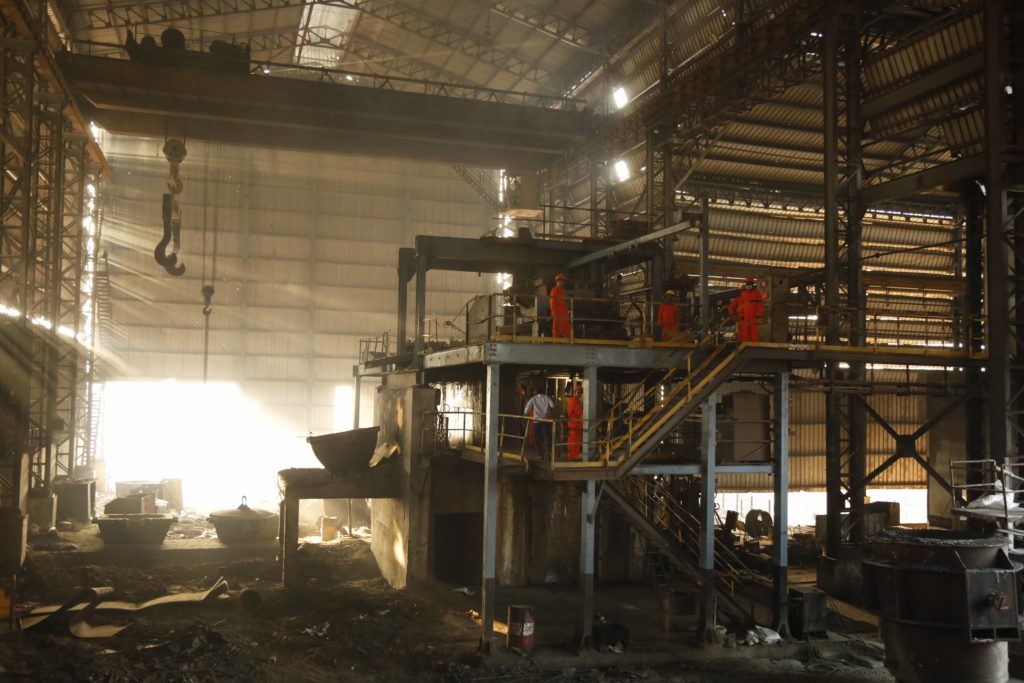 Attempts to establish iron and steel units were actively being made in the early years of 1800. The very first attempt was made in the year 1808 by Mr. Duncan of the East India Company which soon met its end. Another attempt was made by Josiah Marshall Heath who established the first iron and steel unit at Porto Novo, Madras, in the year 1830. This plant, however, could not succeed and was shut down in 1860.

The Bengal Iron and Steel Company

James Erskine started a small iron blast furnace in the jungles of Kulti, in the year 1870. The production of iron soon began under the name of Bengal Iron Works Company which later changed to Burrakar Iron Work. This company, however, was failing to gain the government’s backing due to its bad quality of iron. Thus, the company was shut down for 8 years and reopened after it was acquired by the Bengal Iron and Steel Company.

Even though the company produced over 50,000 tons of pig Iron per annum, it failed to make profits in steel production due to the poor quality of ore used. This, however, changed in 1910 when the company began using better quality Iron ore. In the year 1926, the company changed its name to Bengal Iron Company Ltd.

The modern-day Tata Steel, earlier known as TISCO, was established in the year 1907 by Jamsedji Nusserwanji Tata in Jamshedpur. By 1939, TISCO was operating the biggest steel plant in the entire British Empire. This company is the 7th largest steel producer in the world today and the largest steel and iron producer in India.

The IISCO plant was set up in 1919 at Burnpur and in 1930 the Bengal Iron Company merged with IISCO. The Hindustan Steel Limited (HSL), a government-owned company, set up 3 plants in 1950. This company came into being by the efforts of Prime Minister Jawaharlal Nehru.

Post-Independence India has seen a magnificent growth in the Steel industry. From the year 1950 to 1951 India produced an estimate of 16.9 lakh tons of pig iron. During the first plan, Iron and Steel in India, TISCO and IISCO were the three main players in the private sector and Mysore State Iron and Steel Works were in the Public sector.

The Steel Authority of India (SAIL) was launched in the year 1973. It is a government organization which manages all the major steel plants in India like Bhilai, Bokara, Rourkela and Burnpur. This organization started managing the Iron and Steel in 1976.

The Maharashtra Elektrosmelt Limited and the Visweswaraya Iron and Steel Limited were taken over by SAIL in the year 1986 and 1989 consecutively. The functioning of SAIL saw some changes in the year 1991 owing to the Liberalized industry policy. This organization became more tech-driven and the manual labour cut down by 40,000 in the next 5 years.

Amman Steel Group started in 1978, has made remarkable progress over the past 4 decades, it is now one of the leading steel producers in South India. Amman Steel Corporation was initially a scrap retail and trade organization and it soon expanded into the biggest integrated steel plant in the private sector in South India. It is one of the largest and most reputed steel companies in South India with 3 Rolling Mill plants in Tamil Nadu and 2 Steel making plants one in Puducherry and another in Andhra Pradesh. It is headquartered at Tiruchirapalli, Tamil Nadu.

The company is engaged in the business of manufacturing of Bars and Rods of various sizes. The rolled products are Steel Rods (CTD / TMT/ CRS) from 6mm to 25mm. These rolled products are extensively used in building and other civil construction works. Amman-TRY has always been a leader in the Steel industry, introducing new concepts in steel and started to produce CRS Bars in 2007 after that AMMAN-TRY emerged as the major steel producer in Tamil Nadu.

Currently, India holds the place of the 8th largest steel producer in the world and this rank is predicted to go up the charts owing to the growth in the Indian Steel industry. We can expect India to soon become one of the leading steel producers in the world too.